Members of UKOMA were invited to hold their quarterly Managers Meeting at the impressive Met Office Head Office in Exeter. Moving from Bracknell in 2004, the dedicated and state-of-the-art building is home to over 1400 full time staff and is at the cutting edge of weather forecasting and environmental monitoring. 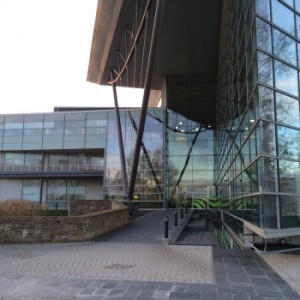 Gary Holpin from the Met Office Business Development and Innovation Team gave a short demonstration on progress of the Met Office ZEUS research project which is looking at producing and fitting devices to aircraft to alert them to the presence of Volcanic Ash. Further announcements are likely in the future..

As part of its aviation forecast operation the Met Office operates the Volcanic Ash Advisory Center. This provides forecasts to the aviation industry of volcanic ash clouds that could enter aircraft flight paths and impact aviation safety. The London VAAC, one of nine worldwide, is responsible for the area covering the British Isles, the north east Atlantic and Iceland. 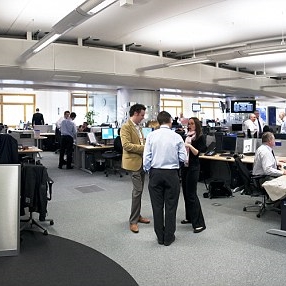 The members were also privileged to be given a tour of the Met Office Operations Centre. A grand open-plan office at the heart of the building is where most of the forecasting services originate.

During the day, UKOMA voted in a new Chairman to oversee the Associations’ activities, Greg Holland; Operations manager from Titan Airways based at London Stansted airport. Greg expressed thanks the Met Office for their hospitality and welcomed them as an associate member to UKOMA.

The dates for the 2014 Operations Officer Training courses have been penciled in to the diaries. To find out when they are and how to book, visit Future Dates & Fees.